Showing posts from November, 2008
Show all 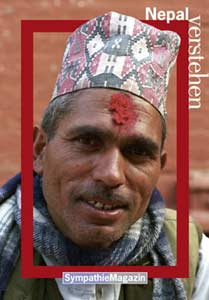 My article From the Battlefield to the Gulf appeared in sympathiemagazin, a German publication, in 2008. It is a brief overview of the state of women in Nepal in the post conflict moment.

You can find the article I wrote, in English, as well as the table of contents.


--> FROM THE BATTLEFIELD TO THE GULF


SUSHMA JOSHI
Saraswoti, a young neighbour of mine, was eighteen when she moved to Kathmandu. Her husband, a twenty-year old policeman, was riding to work in his bicycle when a group of schoolboys milled around him. A schoolboy fired a shot from inside the crowd, and Saraswoti's husband died on his way to the hospital. The policeman was targeted by teenaged guerillas for being part of the state. In Kathmandu, Saraswoti lives with her extended family and has raised her son Ujwal as a single mother for the last four years. She has received 7 lakhs as compensation from the government. She says she doesn't want to get remarried.
The civil conflict in Nepal affected women at…
Post a Comment
Read more
More posts