Showing posts from 2009
Show all

- December 31, 2009
I found that Studies in Nepali History and Society had published a review by James Sharrock of "The End of the World." The journal is published by Martin Chautari, a think-tank and discussion group based in Kathmandu.

The Most Significant Event of 2009 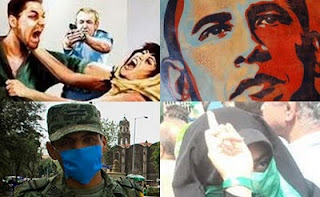 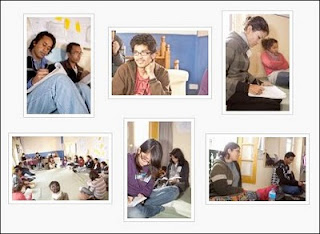 V.E.N.T! Magazine teamed up with author, journalist and filmmaker Sushma Joshi to present a 2-day writing workshop. The Fiction Writing workshop provided participants with an opportunity to sharpen their writing skills through sessions that focus on different aspects of story writing. The Non-Fiction Writing workshop offered participants with the opportunity to take a deeper look at the genre of non-fiction writing. In this interactive workshop, participants discussed and analyzed articles, and emerged with knowledge on the basic principles of this genre and experimented with a bit of on the spot writing.

Republica: When The Young Write

For Sushma Joshi though, the mass that we have now is enough to be the driving critical force. “Yes! We are already making a difference. A new wave of developments in writing and the publishing scene means we witness a diverse range of writings and young people actively involved in all kinds of projects these days,” argues the 36-year old author of The End of The World, a short story anthology and contributes to an English language daily as their columnist.
Post a Comment
Read more

Republica reviews "The End of the World"

Reading at the Indian Cultural Center

See Quixote's Cove event listing here: "The program started around 5:45pm after Geeti Sen welcomed the guests and provided a brief introduction to Sushma Joshi and her book, The End of the World...

Unlike Indian writers who write in English, Sushma said that writers in Nepal are not ready to tackle the middle class yet. Later, the floor was open for audience to ask questions. Afterwards, there was tea/coffee and sandwich to enjoy."

An Affair to Remember

for the original article, click here to go to garuda magazine MY LIFE IN BALI The completion of another festival. A year's hard work over in four days of uber excitement. Highlights? There were so many but one of the highlights was, for me, Wole Soyinka. Hailing from Nigeria, Wole Soyinka is the first African to receive a Nobel Prize. He is best-known as a playwright and poet and is considered one of contemporary Africa's greatest writers. Not since Rabindranath Tagore has a Nobel Laureate visited Indonesia and I am personally thrilled that he finally accepted our invitation, via the persistence of one festival director, as he stated in the press conference. Getting Wole Soyinka into the country was not exactly straightforward but thanks to Imran Cotan (thank you Bapak!) and the team at the Department of Foreign Affairs, he landed in Denpasar without any complications or fuss; Wole's wispy and distinctive white hair showing no sign of bother. The burden of a Nigerian passp…
Post a Comment
Read more

For the original article, click here: garuda magazine October means authors for me these days. Until mid-October I cannot think of anything but the Ubud Writer & Readers Festival that orbits around this time and after it finishes I am already thinking about the following year's event. So I guess if you do your mathematics, it adds up to pretty well every month of the year. No wonder I am tired! Sigh! But the event has become a drug for me, an addictive substance of the literary kind that flows through my veins, day and night. I can't give it up. Each festival brings new surprises and this year is no exception. Alongside leading names such as Nobel Laureate Wole Soyinka, Vikas Swarup of Q&A meets Slumdog Millionaire fame, Seno Gumira Ajidarma, Fatima Bhutto niece of the late Benazir Bhutto, Hari Kunzru, Lloyd Jones and Sonya Hartnett are a whole host of young, emerging artists who are no less inspiring or talented. Here are some of the best…… This year we are thrilled t…
Post a Comment
Read more

ECS Living: A Room of One's Own 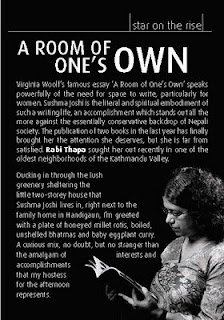 Words Amidst Beauty: The Star (Malaysia) 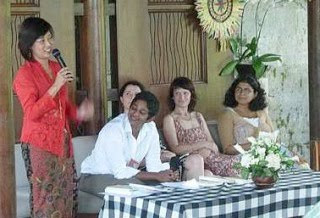 Once again on beautiful Bali, writers and readers from around the world gathered to share their thoughts and experiences. Read Lee Su Kim's article here.
Post a Comment
Read more 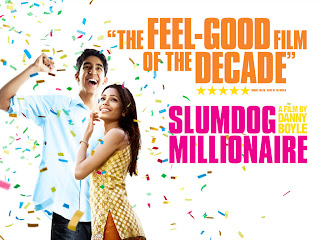 TUESDAY, OCTOBER 20, 2009 LEE Su Kim ... Words Amidst Beauty Once again, writers and readers from around the world gathered in beautiful Bali to share their thoughts and experiences.
Story and photo by LEE SU KIM
FOR FIVE DAYS last week, a gathering of writers from 25 countries discussed the great themes of our time. Censorship, colonialism, ethnicity and identity, exile, gender issues, human rights, identity, literary expression and the state, race, religion, the postcolonial voice, they were all debated at the Ubud Writers & Readers Festival in Bali, Indonesia, from October 7-11, 2009.

This literary festival was conceived in 2004 by Janet De Neefe to counteract the disastrous effects of the 2002 Bali bombings that killed more than 200 people and led to dwindling tourists and a sinking economy. Since then, the festival has become “one of the six best literary festivals in the world,” according to the British magazine, Harper’s Bazaar, and it continues to attract world-class writers…
Post a Comment
Read more 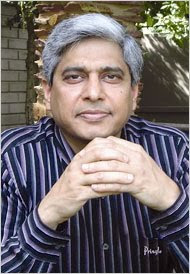 Sunday, October 11, 2009
KATIE JACOBS AT THE UBUD WRITERS & READERS FESTIVAL
The sessions I attended on Saturday at the Ubud Writers and Readers Festival left the overt political sessions behind and it was a much more literary day.

"A panel on "Writing the Sub-Continent" featured Vikas Swarup, (pic left), author of Q&A, Mohammed Hanif, who also attended the Auckland Readers &Writers Festival earlier this year and is the author of "A Case of Exploding Mangoes, and Sushma Joshi, a short story writer, essayist, and documentary maker from Nepal। The first questions asked about place and sub-continent as characters within their fiction, but somewhat surprisingly, especially given the importance of place in all their works, they professed that the settings were mostly incidental, and the plot itself the only consideration."

I responded to this blog:
Hi Beattie, I was surprised to find your blog post and to read that the writers commented that place was not im…
Post a Comment
Read more

After a thought provoking start to the day lunch took on a lighter note. The literary luncheon entitled ‘Dangerous Women’ was held at the stunningly beautiful Alila Ubud Resort’. Entering the resort through an expansive emerald green rice field, I immediately exhaled. A panel of passionate female authors such as the hilariously funny Shamini Flint (launching her book ‘A Bali Conspiracy’ on Sunday) and Sushma Joshi made lunch side splittingly witty and a complete joy. 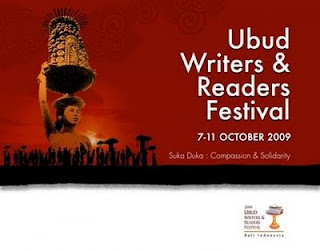 Suka-Duka was the theme of the Ubud Writers Festival in 2009. I was on a panel about the subcontinent alongside two writers: Vikas Swarup, who wrote "Q and A", the book that was made into the Oscar winning film Slumdog Millionaire, and Pakistani writer Mohammad Hanif.
Post a Comment
Read more 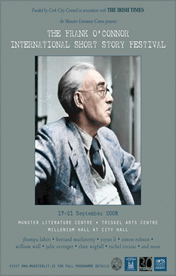 Click here for the Munster Literature Centre and the 2009 Frank O'Connor Short Story Award longlist. "The End of the World" is in it.

I compiled this list for ECS Magazine's tenth anniversary edition. Read on...
____________________________
Ranking books is, of course, a highly subjective enterprise. Some books withstand the test of time, but which ones? Trying to hone it down to the top five is a tough, but not entirely dissatisfying, exercise. Please feel free to disagree.

Agree or disagree with the now vanished Mr Bista, there is no doubt that this is one of the most cogently written, most interesting critiques of Nepali society. Why is Nepal a basket case? Read this book to find out. Intelligent men have disagreed with this classic. Western expatriate workers make this their Bible when they arrive and get jeered by those who want more complexity in their analysis. Yyoung students swoon over it. Liberal Brahmins have bemoaned how the book has been influential in justifying policies that discriminate against Brahmins in the development sect…
Read more

The Blockade in East of the Web