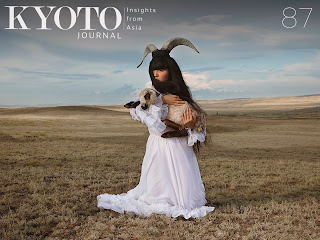 KJ 87
Amazingly, Kyoto Journal is approaching its 30th anniversary—not bad going for an all-volunteer non-profit publication, in any context. Back in the pre-Internet days of monochrome cut-and-paste layout (art-knife and toxic spray-nori) we had no inkling that the magazine would last more than a few issues, or that it would continue to evolve over three decades into its current Asia-spanning digital format. Deepest gratitude to each and every one of KJ’s multitude of supporters: our contributors, subscribers, and editorial/production staff!
Our soon-to-be released fall 2016 issue, KJ 87(!), features excerpts from three exceptional new books, complemented by a wide-reaching ensemble of encounters with people engaged in extending creative boundaries in Japan, India, Kazakhstan, Cambodia—and North Korea. Marc Peter Keane’s forthcoming Japanese Garden Notes: a visual guide to elements and design, is a feast for the eyes in explicating behind-the-scenes aspects of this quintessential art; the always-thoughtful Alex Kerr’s newest publication, Another Kyoto, is equally rich in insights into the essence of classic Kyoto. Artist activist Mayumi Oda’s autobiography Sarasvati’s Gifts melds her Buddhist/feminist art and social commitment, revealing an intensely-lived life.
In two separate interviews we delve into the evolution of haiku and its world-wide relevance, with Richard Gilbert, a Kumamoto-based scholar and poet, and Kala Ramesh, poet and founder of an ongoing international haiku festival in Pune, India.Toyoshima Mizuho and Hara Masaru, a Kyoto Noh actor, discuss hidden depths of this ancient performance art. Remo Notarianni profiles contemporary Kazakh artists including photographer Almagul Menlibayeva, who documents cultural transitions through a fashion-style lens; George Saitoh interviews artist Tatsuta Tatsuya, who focuses sunlight through a Fresnel lens to transform his sculptures.Elle Murrel mingles with artists from East and central Asia, and beyond, who created installations in Nara for this summer’s spectacular Culture City of East Asia program, “A Journey Beyond 1300 Years of Time and Space.” Raymond Hyma presents the inspiring story of Nika Tath, an entrepreneurial blind massage therapist in Phnom Penh with “seeing hands.” Stacy Hughes joins a pioneering surfing tour in North Korea—the DPRK—helping set up an impromptu surf school; Ilyse Kusnetz visits Tomorrowland, located in Tokyo Bay, and Robert Brady farewells an era beside the shining vastness of Lake Biwa in Shiga. Plus poetry by Ami Kaye, Sushma Joshi, Leanne Dunic—and translations of ghazals by 19th century Indian poet Ghalib—new fiction by Sacha Idell, and a raft of topical reviews.
To be published digitally in mid-November, available by single issue or subscription. Track us on Facebook for updates as we go to press—we’re also fine-tuning plans for our anniversary party in Kyoto in January. 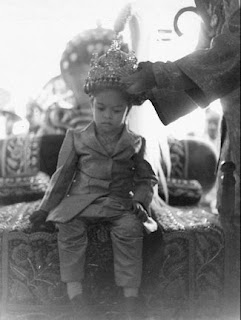